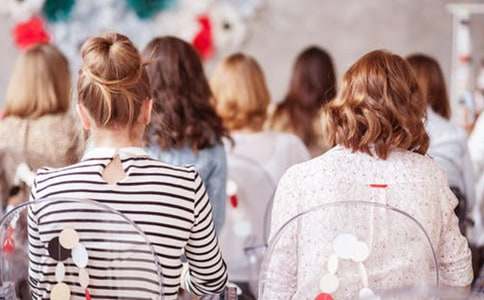 To whom it may Concern,

I am writing this letter to attest to Paul’s skills in language and public relations. In the four years I have known him, I have been consistently impressed with his ability not only to negotiate complex ideas in other languages, but also to relate these things in a personable, conscientious fashion. His manner in these cases is both professional and personal, two qualities which I find particularly valuable in a professional setting. He has personally helped me in professional negotiation for everything from train tickets to contract information, and I have always been able to count on him.

I first met Paul in school, where he was a student at the university at which I taught. He was well-known to most of the westerners in town, who could call from different universities to ask for his help. Sometimes this help involved translation of professional documents, and sometimes it involved personal help in making phone calls. Many of these westerners continue to call him today, even though they live quite far away from him, because they have come to trust him very much. From this foundation in public relations Paul has found positions in various professional capacities and has been highly-valued in each place. He is generally the sort of employee a company finds most valuable in its dealings with both foreign and domestic clients. He puts people at their ease with his language ability and manner, both of which communicate to people that they can relax and simply communicate.I would highly recommend Paul as an employee. His experience and manner are rare and very valuable.Robert Moore.

I have known Ms. Zhang since 2003, when she was admitted as a Master of Science candidate into the school. As her research adviser, I directed her research and found her a promising youth radiating with intelligence and creativity. During her first year, she got a very good record in major courses and earned good scores major and general GPA 3.3. She particularly enjoyed challenging areas of studies such as Quantum Chemistry and Theory of Electrochemistry.

During the following two years, Ms. Zhang worked on a computational theory study of inorganic functional materials project for his degree thesis “Theoretical Study of Electronic Structures of Several Representative Metal Element in the Hydrotalcite Slabs”. To make the theory model meet the actual materials, she faced down many practical problems, such as building reasonable module of inorganic materials, and calculation techniques. Working hard and independently, she cracked the problems one by one, and came up with a thesis that was characterized by academic excellence. During her M.S. period, she had three papers published in international journals.

Judging by her outstanding performance while she studied with me, I am convinced that Ms. Zhang has acquired the knowledge and intellectual sophistication on the basis of which she can undertake world-class training. I therefore lend her my enthusiastic support and would appreciate your favorable consideration of her application.

I take great pleasure in recommending Ren Ren, one of my favorite students, for admission into your distinguished graduate program.

Mr. Ren was admitted in 1986 at 14 years of age into the SPECIAL CLASS for the GIFTED YOUTHS, my universitys unique program that caters to the intellectual needs of unusually talented Chinese youngsters. It was a rare privilege he earned with his nearly impeccable academic performance through the years of his elementary and secondary school.

He impressed me almost as he entered into my university, a major cradle of Chinas scientific and technological talents. At the time, members of the Gifted Class all had to spend half a month studying by themselves the principles of calculus and then take an exam so that we could evaluate their self-study capability. Mr. Ren scored the highest grade in that exam. He also exhibited a keenly whetted mind during class discussions. To my regret at the time, his English was not as good as his mathematics or physics. But I noticed he made a point of working especially hard in improving his English during his five undergraduate years with us. By now, he seems to be at least as proficient in English as most of his former classmates in the Gifted Class.

In my experience with Mr. Ren, I was impressed with not only his extraordinary intelligence but also his ambitions and persistence. I am sure that Mr. Ren will be an outstanding student in any doctoral program that he may care to eoll in. So I would like to support him firmly in his quest recommendation into account when considering his application. I would greatly appreciate it you decide to accept him as he wishes.

BLANK, China, it is my sincere and distinct pleasure to recommend Ms. Xiao Xiao for your graduate program in BLANK.

I have known Ms. Xiao since 2001, when she was one of eighty students who completed their undergraduate thesis projects in my BLANK laboratory. Ms. Juan’s enthusiasm for and diligence in learning helped her become one of the most outstanding students in the entire group, making a strong, positive impression upon me. Ms. Xiao is a very driven woman and student who know what she wants to accomplish and does not falter in her chosen path. Her intellectual curiosity and desire to acquire new acknowledge continuously have led her to perform much study on her own outside the scope of her classes and research work; oftentimes, I witnessed her consulting scientific books and journals to help her discover how she could improve her knowledge and her work in the laboratory. Countless times, Ms. Xiao remained in the laboratory for more than twelve hours in a row to complete her work and make sure there were no errors. With such devotion and fortitude, Ms. Xiao did not surprise me with her superior performance on her thesis paper. In terms of her character, Ms. Xiao is an amiable, courteous, and helpful young woman who has many friends amongst our laboratory personnel.

Ms. Xiao is ready to move on to a more rigorous program of graduate study. Her academic performance, research work, and upstanding personal character have won her my highest recommendation, and I hope you give her application str.